ONLY IN AMERICA: From Corrupt SEIU Boss to Sports Agent 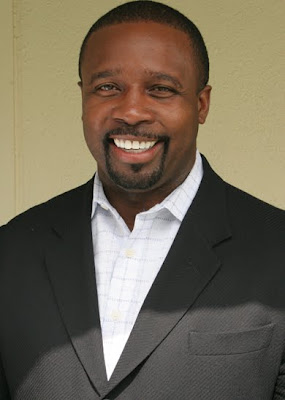 A little more than a year ago, SEIU boss Andy Stern's "nurtured" head of California's largest SEIU Local stepped down in disgrace, having been caught doling out hundred of thousand of dollars of union money to firms owned by his wife and mother-in-law.

According to the LA Times last August:

Tyrone Freeman, president of a Service Employees International Union chapter in Los Angeles, said in a written statement late Wednesday that he was taking a leave of absence and that the local would be placed in a temporary trusteeship.

"In order to ensure that any investigation of the allegations is fair and free from any question of interference or influence, I am taking a leave of absence effective immediately for the duration of the investigation," the statement said. "I believe these steps will allow our union to continue to serve the best interests of our membership during this time."

The statement was released by the Washington, D.C., office of SEIU President Andy Stern, who nurtured Freeman's career as the 160,000-member local grew dramatically in recent years, largely through consolidations.

Service Employees International Union President Andy Stern today permanently banned Local 6434 President Tyrone Freeman from holding membership, a staff position or office in the Union following evidence that the Los Angeles leader misused member funds. After reviewing outside hearing officer and former California Supreme Court Justice Joseph Grodin's report finding that Freeman had engaged in a pattern of financial malpractice and self-dealing in violation of the SEIU Constitution and local bylaws, Stern also ordered Freeman to make full restitution to the members of Local 6434--a sum of more than $1.1 million.

However, SEIU leader-turned-corrupt-outcast Freeman didn't take long to land on his feet.

By February, corrupt union boss Freeman had landed a gig as, of all things, a sports agent for Sports Management World Wide. Freeman states on his bio:

I am a seasoned negotiator with unions, businesses, sponsors, ect…, having been an athlete, union president, and chairman of several board of directors. My advocacy for individuals, consultation to small businesses and community development organizations has included complex and basic contract draft, review and negotiation; arbitration and dispute resolution management; licensing; sponsorship and commercial related-transactions.

The fact that corrupted Freeman moved so quickly into a new career handling other people's jobs and money just re-affirms that corrupt union bosses never really seem to go away, they just open new bank accounts.

Note: Michelle Malking has done a terrific job in archiving her posts on the SEIU and its culture of corruption here.

Go here to get news & views on today's labor unions delivered directly to your e-mail box, or join the LaborUnionReport's group on Linkedin.
Posted by LABORUNIONREPORT.COM at 9:34 PM